Bemetara: Applications invited for Anganwadi workers and assistants under Project Bemetara: From September 13 to September 27, you can apply

Bemetara 08 September 2021: Applications have been invited for the appointment of workers / assistants in 6 Anganwadi centers in Project Bemetara under the Department of Women and Child Development, whose last date has been fixed as 27 September. Applications will be accepted from 13 September to 27 September during office hours. Of these, 5 posts of Anganwadi worker and 2 posts of assistant are vacant. According to the information received from Project Officer Integrated Child Development Project Bemetara, 01-01 post of worker in Amba Center Khairjhiti, Hammudi No.-01, Bitkuli, Dhara No.-01, Bemetara Kobia Ward No.-10's Amba Center No.-03. Similarly, one post of Anganwadi assistant is vacant in Jia Amba. Center number-01 of Sahayika and Amba center number-03 of Bemetara Kobia ward number-10.

Project Officer Bemetara said that the application forms can be submitted directly or through post in front of the project office Singhori District Hospital in Bemetara from 10:30 to 5:30 office hours. Both are completely humanitarian and non-government posts. Amba worker and assistant will be given honorarium fixed by the government every month. The age limit for both the post will be 18 to 44 years. (A worker/helper having experience of one year or more service will be given relaxation in the maximum age limit of appointment up to 3 years.) In rural area, the applicant will be resident of the same village for which the advertisement has been issued. The project officer said that for the post of Anganwadi worker, it is mandatory to pass class 11th board / 12th board from a government recognized board and class 8th pass for assistant.

It will be mandatory for the candidates belonging to Scheduled Castes and Scheduled Tribes to attach a permanent caste certificate issued by the competent authority. If a provisional caste certificate is produced by a candidate, he/she will have to give an undertaking that he will submit the permanent caste certificate within six months, otherwise his appointment will automatically be considered cancelled. If you are an experienced worker/helper/assistant, if you are a woman from poverty line family, scheduled caste and scheduled tribe family, and if you are widowed or divorced, and if you study till 8th in the girls' ashram run by the SC/ST department, additional marks will be given. . The maximum age of service will be 62 years. Interested and eligible female candidates can send their application by 27 September 2021 - Office of Project Officer Integrated Child Development Project Singhori District Hospital in front of Bemetara District Bemetara's address. 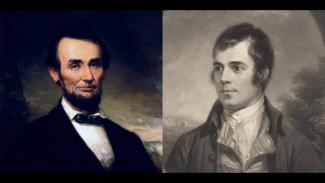