Treb Heining said: "When the day comes that I don't get charged with excitement, I'll stop doing my 'Confetti Blizzard,' but I don't think that day will ever come."

Widely known for his confetti and balloon spectaculars, Treb Heining will celebrate 30 years of showering Times Square with a gazillion bits of colored paper on New Year's Eve to thrill not only the crowd below but television audiences around the world.

PASADENA, Calif., Dec. 28, 2021 /PRNewswire/ -- Treb explains how his "Confetti Blizzard" was a game-changer: The Times Square New Year's Eve spectacular that exists today took years in the making. Beginning in the late 1980's, a few dynamic people from the Times Square Business Improvement District (BID), the forerunner of the current organization, The Times Square Alliance. They had a vision to clean up the seedy conditions that existed on Times Square, and they intended to bring in new business and increase tourism. In addition, they wanted to create an annual event where families could bring their children to watch the famous Ball come down the pole. Back then, the Ball was electrified by approximately 100 light bulbs screwed into the metal surface and was small enough to be put in a closet, a far cry from what it is today.

In 1991, Treb was called in to discuss effects he might do to add excitement to the Ball Drop. They knew him from balloon spectaculars he and his company staged including, the 200th Anniversary of George Washington's Presidential Inauguration, the bicentennial celebrations for the Constitution, the Super Bowls, the political conventions, and the 1984 Olympic Games.

He describes their meeting as cautionary, "Confetti was the first thing that came to my mind; however, when given the tour of Times Square, it was hard for me to picture the utopia the BID officials imagined because the Square required  radical transformation. Holding my breath, I agreed and went to work on something I wasn't sure would work. When the big night came to do the first confetti drop, we literally saw it transform the Times Square area and my confetti was the icing on the cake."  The New Year's Eve confetti drop is now a time-honored American tradition and Treb considers it one of the highlights of his extraordinary career. 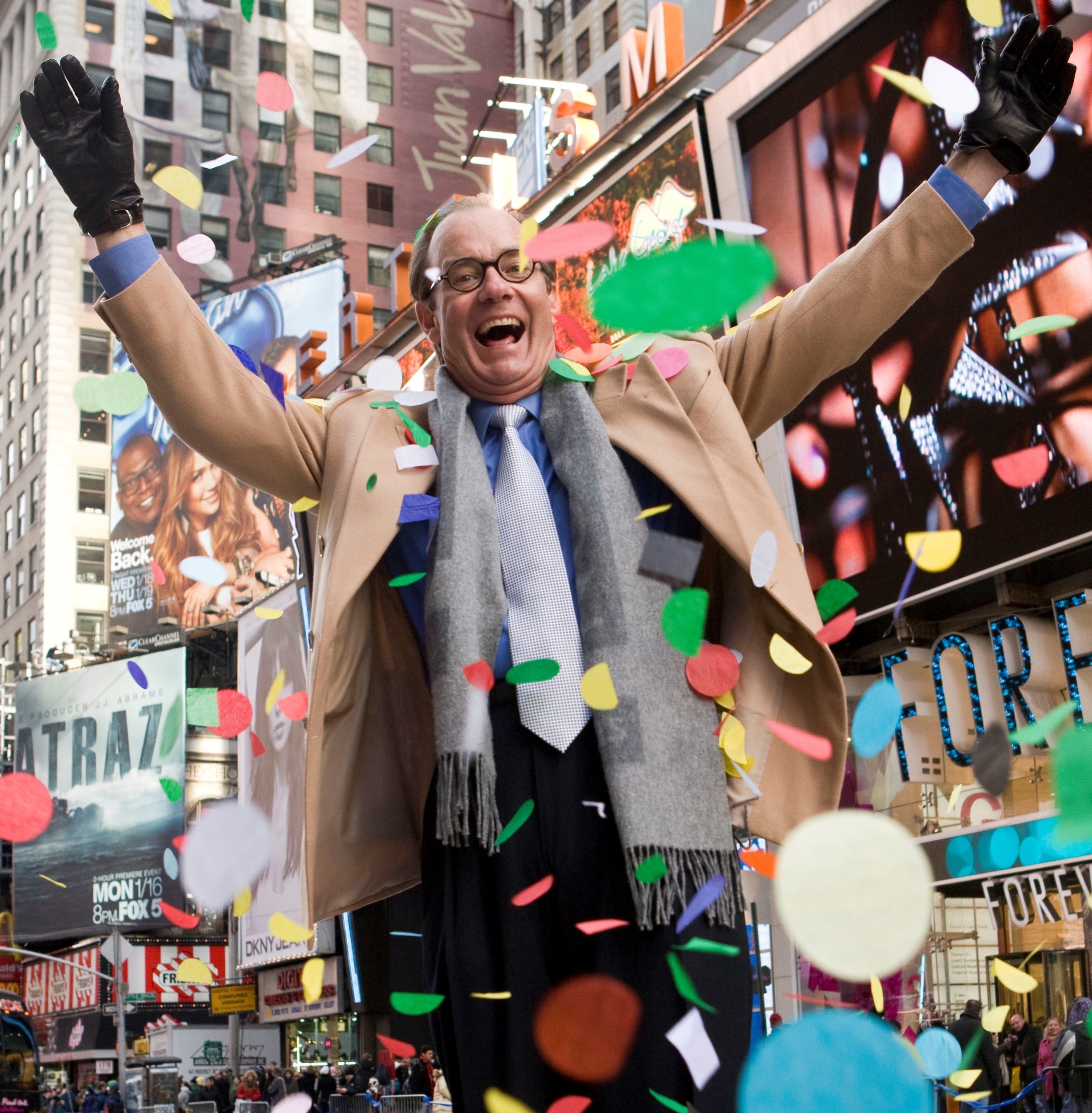 Treb Heining designs and markets all the balloons sold at the Disney Parks and in addition to his inventions and patents of balloon firsts, he is an International businessman. The various aspects of Treb's mega businesses are structured through his four privately held corporations.