Sri Sathya Sai Baba's How To Be Near and Dear To God: A man afflicted with mamatva (the acquisitive impulse) can never get rid of worries. To overcome this attachment and possessiveness, the ancient sages, from Vedic times, pursued their studies. The sages believed that self-control promoted humility and that humility was the true index of fight education.

Raipur, 13 September 2021: Governor Ms. Anusuiya Uikey inaugurated Mother and Child Care Center "MaMaTva" at Sri Sathya Sai Sanjeevani Hospital. On this occasion, he met pregnant mothers admitted there, children recovering from heart disease and their families and wished them a healthy life and bright future. The Governor participated in the consecration of Hanuman temple located in the premises. He bowed down to Sri Sathya Sai Baba and visited the hospital. Also met pregnant mothers admitted in the hospital. The Governor also participated in the baby shower ceremony on the occasion and extended her best wishes for the safe motherhood of the mothers. 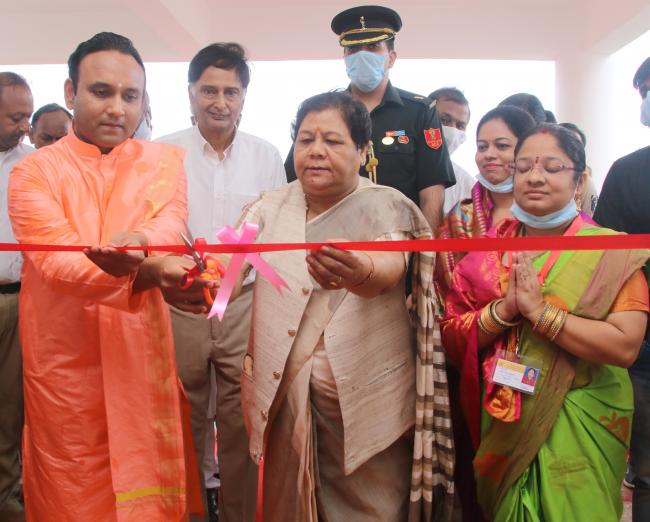 Speaking on the occasion, the Governor said that Shri Sathya Sai Baba has given the message of humanity to the world. He believed that the best way to love God is to love everyone and serve everyone. He considered human service as paramount. This hospital is working on his concept. Referring to the context of Ramayana, the Governor said that Lord Hanuman saved his life with the Sanjeevani herb when Lord Rama's brother Lakshman was injured in the war. He had brought the whole mountain with him to get the booty. Similarly, this hospital is doing the work of giving life to the common people. Children's heart diseases are treated free of cost from Sanjeevani Hospital, which gives them new life.

The Governor said that the foundation stone of this Mother and Child Care Center was laid about five months ago, but despite the Corona period and rain, getting the hospital ready in such a short time is a big achievement. For this, he congratulated the Chairman of Sri Sathya Sai Health and Education Trust, Mr. C. Srinivas and the entire management.

The Governor said that Sri Sathya Sai Baba has given the message of love, kindness and humanity to the whole world. They are also accepted as a symbol of national unity in a way. He believed that the believers of different faiths should become good human beings by following their respective religions.

The Governor said that I am happy that Mother and Child Care Center is being started on the concept of 'Healthy Mother and Healthy Child'. With the start of this center, good facilities will be available for the treatment of mother and children in the state. Pregnant mothers will get free treatment and delivery will also be free. This will be of great help to the poor people, the care of the mother during pregnancy will lead to the birth of a healthy child. In addition, the rate of malnutrition will also decrease.

A healthy child will grow up to become a healthy citizen and contribute more and more to the progress of the country.
In addition, the care of the children will also be done free of cost. Here the state-of-the-art facility is available to check the health of the child and the heart in the mother's womb itself, so that the child can be treated immediately after birth. This facility is currently available only in hospitals in big cities. 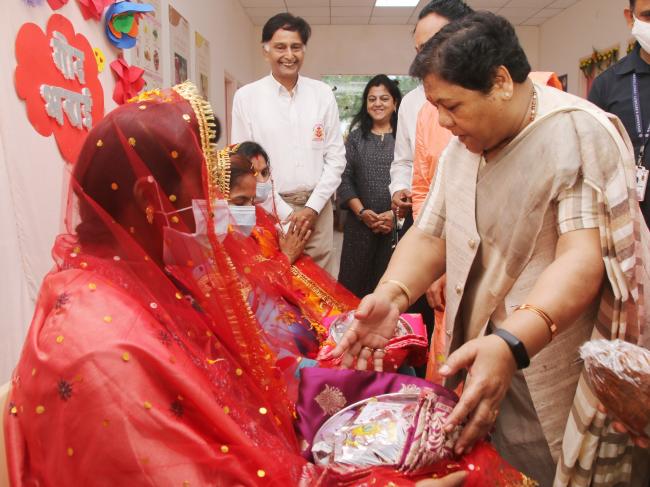 Sadguru Shri Madhusudan Sai said that it is a matter of good fortune for all of us that along with serving the birthplace, we are now going to serve the mother also. He congratulated all the doctors and staff for this.

Shri C. Srinivas, Chairman, Shri Sathya Sai Health and Education Trust said that Shri Sathya Sai Sanjeevani Hospital provided free medical facilities to the people even during the COVID pandemic. Health facilities were made available to the general public at their doorstep through Dr. C. Rajeshwari Sangwari Clinic by the institute. He said that children of other states including Chhattisgarh have also been given free heart operation here.

Sadguru Shri Madhusudan Sai and Chairman of Shri Sathya Sai Health and Education Trust Shri C. Srinivas also gave their address in the program. Along with this, the parents of the children who have recovered also shared their experiences. The Governor was given a memento on the occasion.

2021 Trailblazer Awards Goes To Best of the Best in Healthcare Marketing, Check The Winner List