Rajasthan Calling virtual road show organized: Chief Minister Ashok Gehlot made a provision of Rs 500 crore in the budget for the development and branding of the crisis-ridden tourism.
Try to make Rajasthan the best in the field of tourism :- Minister of State for Tourism

Jaipur, 24 September 2021. Minister of State for Tourism Shri Govind Singh Dotasara has said that everyone will have to work together to make Rajasthan the best in the field of tourism. Public participation will also prove to be important in this work. Mr Dotasara was addressing the 'Rajasthan Calling' virtual roadshow organized by Rajasthan Tourism and FICCI Rajasthan State Council at his residence on Friday.

Mr Dotasara said that due to Kovid, the number of foreign tourists coming to India has come down, but the domestic tourists who were going abroad are also going to safe tourist places in the country itself. He said that after Kovid, Rajasthan is the first state in the country to implement the new tourism policy. The state government has given a new direction to tourism by incorporating the experiences of the Corona period. He said that at present many innovations are being done by the State Government, so that tourists can be attracted to visit Rajasthan. Along with this, the mobile app has been developed by the state government to make the travel of tourists easy and safe. 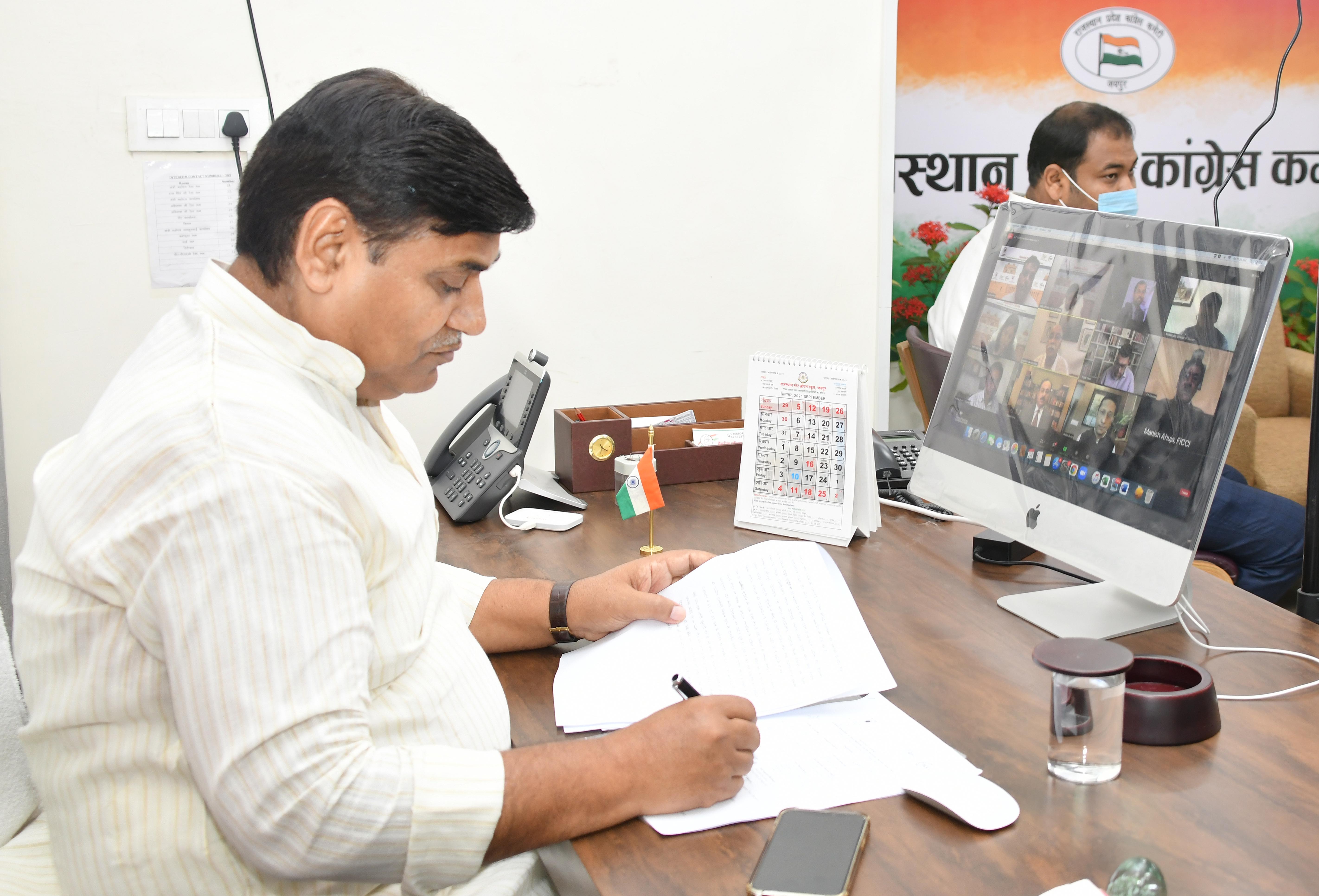 The Minister of State for Tourism said that the Chief Minister Shri Ashok Gehlot made a provision of Rs 500 crore in the budget for the development and branding of the crisis-ridden tourism. The state has huge potential for development in urban as well as rural tourism. These areas need to be identified and developed. He said that not only are the major cities of the state marked in the tourism map of the world, but the villages here also preserve valuable cultural and art heritage. He said that the state government has also made a provision for strict punishment against the misbehavior and lurkers, which will stop the misbehavior with the tourists.

Gayatri Rathod, Principal Secretary, Tourism Department, informed that many innovations are being made to promote tourism in the state. In order to promote Udaipur, Rajsamand and Dungarpur districts as Monsoon Tourism Destination, social media handles of Rajasthan Tourism are being promoted through blogs and short videos. He said that by adding new dimensions to the traditional attractions, they are being attracted towards them.

Director of Tourism Department Shri Nishant Jain said that Rajasthan tourism is emerging as an important sector. The scope of adventure tourism, night tourism, rural tourism has increased in Rajasthan.

Jaipur, 24 September. To make the travel of foreign and local tourists easy and safe, on the occasion of World Tourism Day (27 September), the tourism department will launch its official mobile application (App). Tourists will get accurate and authentic information related to tourism through the app. A feature has also been given in the mobile app for the safety of tourists. In the event of a crisis, the tourist will be able to use this panic button. So that police assistance will be available to them at a faster pace.

Addressing the virtual roadshow on Friday, Minister of State for Tourism Shri Govind Singh Dotasara said that this official mobile app will be available on Play Store and iOS. For domestic, foreign and local tourists, this app will be helpful in keeping their travel smooth, safe. Also this official app will provide reliable and genuine information.

Director of Tourism Department Shri Nishant Jain said that in view of the tourist season starting from October, this app will be of special benefit to the tourists. The mobile app will have information related to tourist attractions like forts, palaces, museums, forests and wildlife, deserts, lakes, pilgrimage centres, hills, havelis and stepwells, UNESCO World Heritage Sites, wedding venues, heritage hotels of the state. He said that this app will also have the facility of online booking for entry tickets of state protected monuments and museums.

At Rustomjee, we are always looking at delivering the best: Boman R. Irani
In a unique festive offer, buyers get free silver with purchase of gold @ Augmont.com