Valeria Maria Ayos Bossa (born 20 March 1994) is a Colombian beauty pageant titleholder who was crowned Miss Universe Colombia 2021 who is currently in Miss Universe 2021 pageant in Israel in Process of Contesting.
Let's work with enthusiasm for our dreams because there is no impossible goal to achieve 💯 Let's seek happiness

Ayos was previously crowned Miss Earth Colombia 2018 and finished as Miss Earth Water 2018 at the Miss Earth 2018 pageant in the Philippines.
She earned her bachelor's degree in international relations from the Jorge Tadeo Lozano University in Bogotá, Colombia.

Ayos represented Colombia at the Miss Earth 2018 pageant in the Philippines and finished as Miss Earth Water 2018. Ayos was cast as one of the official candidates for the Miss Universe Colombia 2020 pageant but withdrew the pageant after suffering from partial face paralysis. Ayos represented Cartagena at the Miss Universe Colombia 2021 pageant and won the title succeeding Laura Olascuaga of Bolívar

Valeria Ayos, is an Afro-Colombian woman, 27 years old, born in Cartagena de Indias and raised in the Archipelago of San Andrés, Providencia and Santa Catalina. She’s a professional in international relations and has received a diploma in Marketing and Strategy from La Verne University in the United States.

She wants to become minister of education for her country to make sure everyone will have the opportunity to get a good education as she comes from a family where only two of eleven could access a good school.

She’s an environmental activist after growing up on San Andrés Island and realizing the importance of taking care of our nature.

I want to become Minister of Education of Colombia.

I learned how to sing at the age of 9, my inspiration was Shakira.

I am a environmental activist.

Valeria Ayos, Miss Universe Colombia 2021, poses while spending the day at Ein Karem in Jerusalem, Israel. The Miss Universe delegates are touring the sights, filming, rehearsing and preparing to compete for the Miss Universe crown before the show airs LIVE from Eilat, Israel on Sunday, December 12 at 7:00 PM ET on FOX and Telemundo. Photographer: BENJAMIN ASKINAS 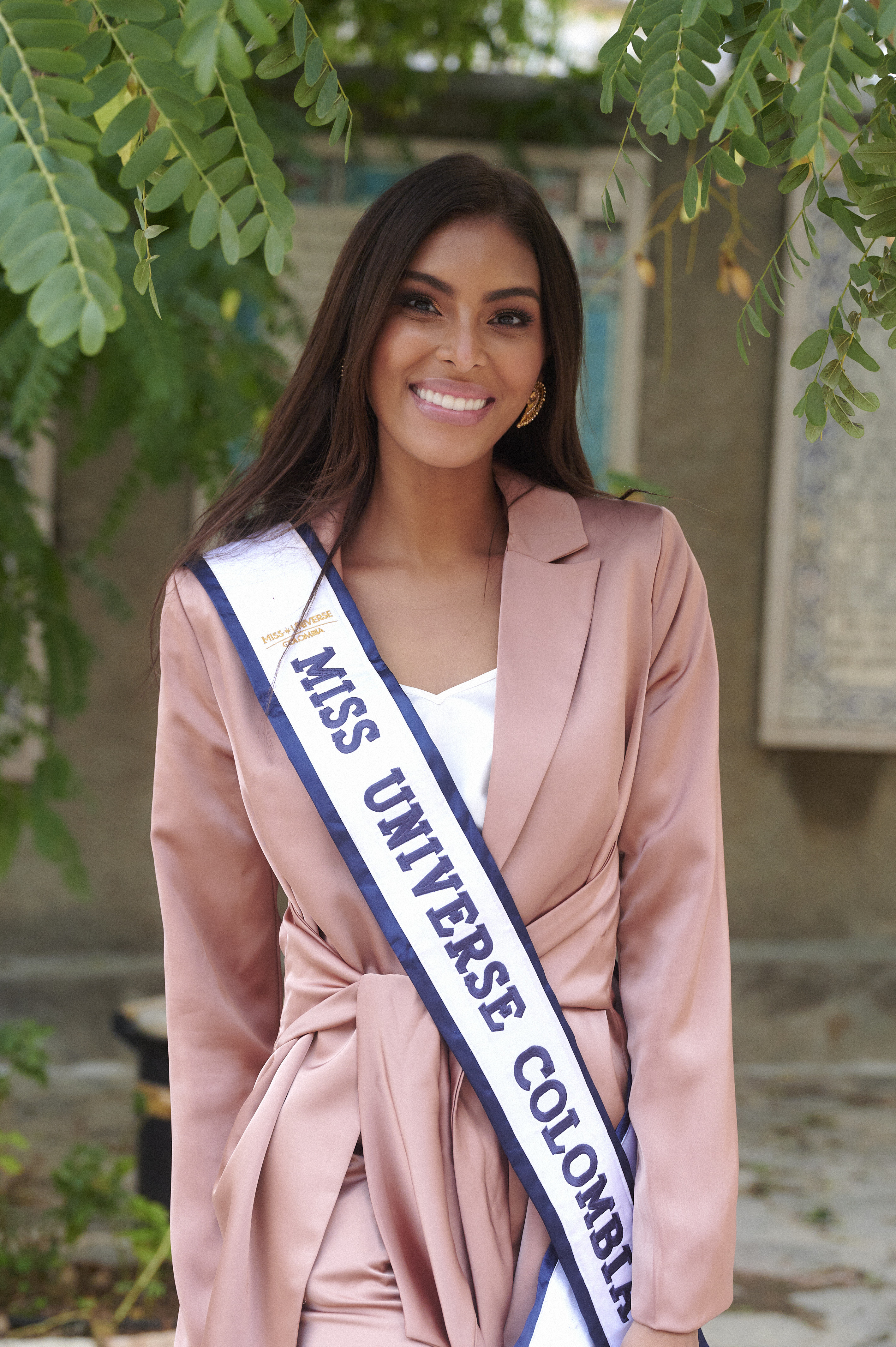