SALT LAKE CITY, Nov. 16, 2021 /PRNewswire/ -- This December, PBS and family entertainment network BYUtv will air "20 Years of Christmas with The Tabernacle Choir," a special two-hour anniversary retrospective program hosted by Broadway legend and Tony Award-winner Brian Stokes Mitchell. The special will premiere on Monday Dec. 13 at 8 p.m. ET on PBS, PBS.org, and the PBS Video app; and on BYUtv, BYUtv.org and the free BYUtv app on Thursday, Dec. 16 at 9 p.m. ET.

"So much effort and creativity went into preserving this beloved tradition—now 20 years strong—in the middle of a global pandemic that has disrupted so much," said Brian Stokes Mitchell. "I am honored to be a part of it. Not only will viewers enjoy a behind-the-scenes look at what it takes to produce the most watched holiday special on PBS for 16 years, but they will also be able to feast on all of the wonderful moments this holiday special has delivered over the past two decades and remember how music connects people in very profound ways."

This special two-hour "20 Years of Christmas with The Tabernacle Choir" retrospective replaces the traditional TV special that would have been created from a live Christmas concert in 2020 that had to be cancelled due to COVID restrictions. In new segments filmed in November 2020 (following COVID protocols), Mitchell joined a handful of socially distanced Orchestra members and the Choir's musical director Mack Wilberg in an empty 21,000 seat Conference Center on Temple Square in Salt Lake City to record intimate Christmas classics. The Choir also joins Stokes and the Orchestra in its first-ever all virtual performance.

In addition to the musical performances, which reflect a variety of musical styles and traditions from around the world, the special highlights the range of past narrators who have joined the Choir and Orchestra to tell the stories of Christmas, including Hugh Bonneville ("Downton Abbey," "Paddington"), John Rhys-Davies ("The Lord of the Rings," "Indiana Jones"), Jane Seymour ("Dr. Quinn, Medicine Woman," "Somewhere in Time"), Richard Thomas ("The Waltons," "The Americans"), the late Ed Hermann ("The Lost Boys," "Annie"), legendary news broadcasters including the late Walter Cronkite and Tom Brokaw and more. Together with the music, these standout moments help tell the storied history of this beloved institution, which every year celebrates the love, spirit and peace of the season.

"Due to COVID-19, we couldn't have the in-person audience we always do, but the lockdown gave us a chance to provide audiences at home something different than they would experience in a normal concert year," said Wilberg. "Because of the remarkable breadth of material we have from 20 years of Christmas concerts, there will be something for everyone in this retrospective, making it a wonderful way to celebrate and emphasize the true meaning of Christmas. It's always a joy working with Brian Stokes Mitchell, who is not only a consummate performer, but also a warm and incredible person—qualities that comes across in everything he does. We are so pleased he is the one to tell the story of this concert tradition."

Tony Award-winner Brian Stokes Mitchell is an accomplished actor, singer, musician and arranger. Mitchell received Tony, Drama Desk, and Outer Critics Circle awards for his star turn in "Kiss Me, Kate." He also gave Tony-nominated performances in "Man of La Mancha," August Wilson's "King Hedley II," and "Ragtime." In 2016, he was inducted into the Theatre Hall of Fame and received his most recent Tony Award for his work as Chairman of the Board of The Actor's Fund, a position he has continuously held since 2004. He is also on the Board and Artist Committee of Americans for the Arts and is a founding member of Black Theatre United.

"20 Years of Christmas with The Tabernacle Choir" is co-presented by GBH, the largest creator of PBS content for TV and the Web, and BYUtv, the television home of the Choir's weekly program "Music & the Spoken Word." BYUtv produced the special.

Funding for "20 Years of Christmas with The Tabernacle Choir" on PBS is provided in part by Ronald C. and Kaye Gunnell; Greg and Monica Drennan; Rex and Ruth Maughan; Charles and Janet Stoddard; Björn and Cydnee Farmer; The Alan and Jeanne Hall Foundation and Timothy and Teresa Wright.

About The Tabernacle Choir and Orchestra at Temple Square
The Tabernacle Choir at Temple Square is a world-renowned, 360-member choir credited with over 4,800 episodes of its weekly live performance of "Music & the Spoken Word." The program is the longest continuing network broadcast in history, now in its 93rd year. The Choir has traveled around the world performing in acclaimed concert halls, for the inaugurations of seven U.S. presidents beginning with its first for President Lyndon B. Johnson in 1965, at World's Fairs and expositions, in acclaimed concert halls, on television and radio broadcasts and now internet streams, and numerous other prestigious events and occasions. The Choir has won four Emmy Awards, 1 Grammy Award and multiple Grammy nominations, was awarded the National Medal of the Arts in 2003 and inducted into the Classical Music Hall of Fame in 2015. It has released over 200 recordings which have earned two platinum and five gold albums and hit #1 on Billboard's classical music charts 14 times.

The Orchestra at Temple Square is a 200-member, all-volunteer symphony orchestra organized in 1999 to perform and accompany the musical ensembles of The Tabernacle Choir organization. The Choir and Orchestra, with their incomparable medley of voices and instruments and their shared faith in God, are a significant, recognizable presence in the world of music, giving service through song. More info at https://www.thetabernaclechoir.org/ or by following the Choir on Twitter, Facebook, Instagram, and YouTube.

About BYUtv
BYUtv provides families more than 2,000 hours of entertaining and compelling programming they can enjoy together. The network's content is trusted, contemporary and clean, yet clever and sophisticated enough to inspire children and parents alike. BYUtv's diverse portfolio of original, co-produced and acquired content includes scripted and unscripted dramas and comedies, 700+ hours of live HD collegiate sports, game shows, and holiday special made-for-tv movies, docudramas and concerts. BYUtv is available in more than 50 million homes in every state of the country on DISH Network, DirecTV and 139 other major cable systems. A digital pioneer, BYUtv was the first U.S. television network to stream all of its content live and unencrypted over the internet. Today, BYUtv has more than two million YouTube subscribers and two billion views and is available live and on-demand on multiple digital platforms free of charge, including Apple TV, Roku, Amazon Fire TV, Chromecast, Xbox One, Windows Media, digital apps for iOS and Android, and BYUtv.org. Based in Provo, Utah, BYUtv is part of BYU Broadcasting, which is owned by Brigham Young University.

About GBH
GBH is the leading multiplatform creator for public media in America. As the largest producer of content for PBS and partner to NPR and PRX, GBH delivers compelling experiences, stories and information to audiences wherever they are. GBH produces digital and broadcast programming that engages, illuminates and inspires, through drama and science, history, arts, culture and journalism. It is the creator of such signature programs as MASTERPIECE, ANTIQUES ROADSHOW, FRONTLINE, NOVA, AMERICAN EXPERIENCE, Arthur and Molly of Denali and a catalog of streaming series, podcasts and on-demand video. GBH's television channels include GBH 2, GBH 44, GBH Kids and national services WORLD and Create. With studios and a newsroom headquartered in Boston, GBH reaches across New England with GBH 89.7, Boston's Local NPR; CRB Classical 99.5; and CAI, the Cape and Islands NPR station. Dedicated to making media accessible to and inclusive of our diverse culture, GBH is a pioneer in delivering media to those who are deaf, hard of hearing, blind and visually impaired. GBH creates curriculum-based digital content for educators nationwide with PBS LearningMedia and has been recognized with hundreds of the nation's premier broadcast, digital and journalism awards. Find more information at gbh.org.

About PBS
PBS, with more than 330 member stations, offers all Americans the opportunity to explore new ideas and new worlds through television and digital content. Each month, PBS reaches over 120 million people through television and 26 million people online, inviting them to experience the worlds of science, history, nature and public affairs; to hear diverse viewpoints; and to take front row seats to world-class drama and performances. PBS' broad array of programs has been consistently honored by the industry's most coveted award competitions. Teachers of children from pre-K through 12th grade turn to PBS for digital content and services that help bring classroom lessons to life. Decades of research confirms that PBS' premier children's media service, PBS KIDS, helps children build critical literacy, math and social-emotional skills, enabling them to find success in school and life. Delivered through member stations, PBS KIDS offers high-quality educational content on TV – including a 24/7 channel, online at pbskids.org, via an array of mobile apps and in communities across America. More information about PBS is available at www.pbs.org, one of the leading dot-org websites on the internet, or by following PBS on Twitter, Facebook or through our apps for mobile and connected devices. 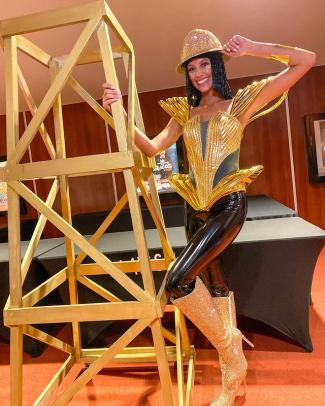 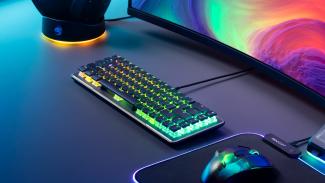 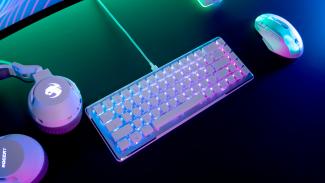 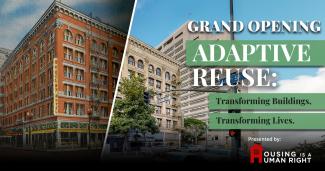 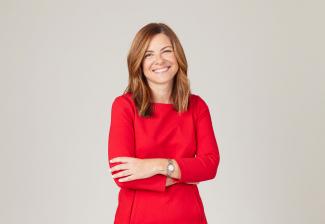