Raipur, 11 September 2021: Chief Minister Bhupesh Baghel met the office bearers and members of Chhattisgarh Film Producers Association (Chhollywood Producers) at his residence office today. The Producers Association thanked him for granting permission for the formulation of Chhattisgarh Film Policy-2021 in the cabinet meeting held on 8th September under the chairmanship of the Chief Minister.

Local artists will be encouraged through the film policy. He said that modern and expensive equipments are needed for film production. Film makers will also be provided loan facility for equipments. The Chief Minister said that in the new industrial policy 2019-24 of the state of Chhattisgarh, many concessions have been given to the entrepreneurs to promote the industry. In the same way, we have also made a provision for promotion in the Film Policy-2021. Film producers, directors and artists will get the benefit of this.

100% Vaccination Pratapgarh became the first district of Rajasthan
Panchayat Election 2021, Counting on October 29, 2021
Foundation Day of Pink City Press Club
Raids on Adulterated Bio Fuel and Base Oil all over Rajasthan
Decision of disciplinary action against the superintendent for irregularities found in Dudu's state hostel
The Chhattisgarh Industrial Policy is the most attractive in the country: Chief Minister Baghel 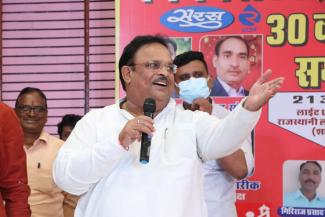 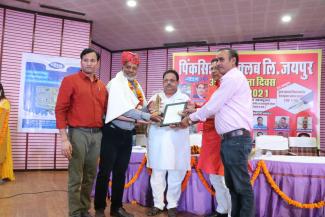 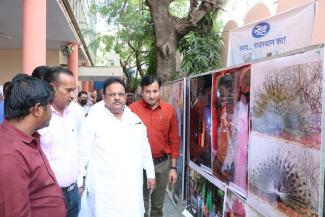