The grand finale of Pandit Moti Ram Pandit Mani Ram 49th Sangeet Samaroh on Tuesday, the 30th November, 2021 in Hyderabad at the CCRT, turned out to be one magical experience as some of Panditji’s shishyas of Mewati Gharana from Pt Rattan Mohan Sharma, Pt Uday Bhawalkar, Pt Niraj Parikh to Ankita Joshi and Swar Sharma, along with Ustad Anwar Khan Mangniyar and Ustad Munnawar Masoom paid their musical tribute to their guru Sangeet Martand Pandit Jasraj.

Hyderabad, 1st December 2021: The evening became a spiritual journey for the listeners the moment the traditional Prarthana, a Haveli Sangeet, was performed by one of Sankeev Abhyankar's disciples Sai Prasad Paanchal.

The crème de la crème of Hyderabad's Art and Culture circuit made sure they occupied their seats in advance. The ones spotted among them were special guests including Mr Arvind Kumar, Special Chief Secretary, Government of Telangana; Vinodji, Subir Talukdar, New India Assurance; Narsimha Midani; Ms Rehana; Ram Gopal Goswami lit the ceremonial lamp before the musical evening commenced. 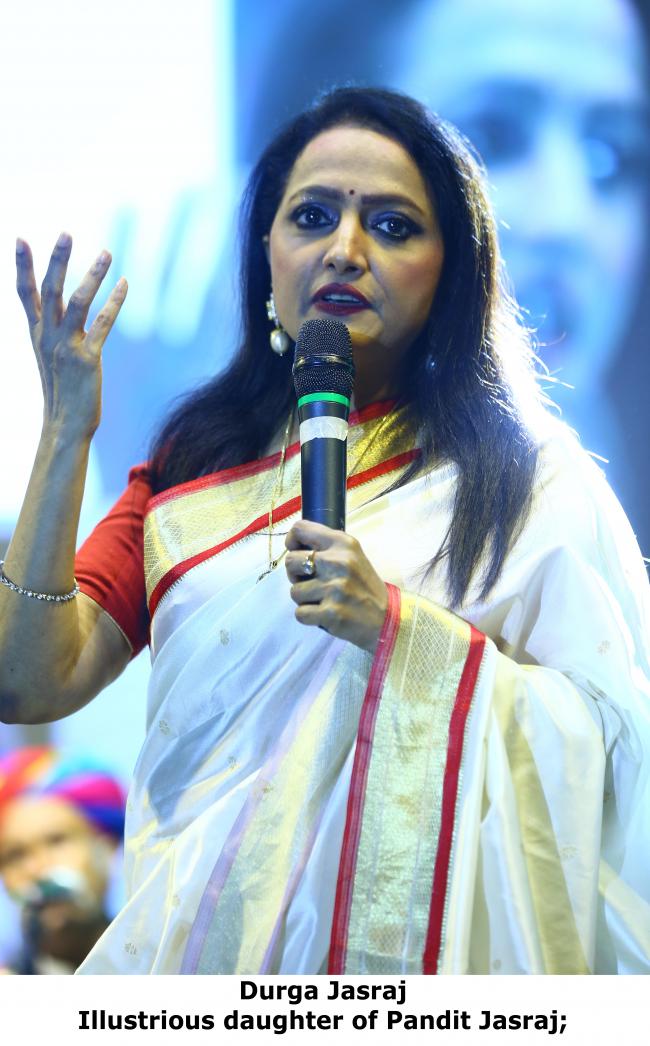 Durga Jasraj confessed that while she considers herself blessed to be able to conceive any other event, be it Tiranga,  Utsaah, Jalsa Or any other, it was something that was beyond her to co conceptualize something as big as this on 30th November, a day when Bapu had performed continuously for 47 years in Hyderabad, a city of his his father's he was emotionally attached to.

But it was arranger Kedar Pandit’s breathtakingly enchanting recreation of Panditji’s live recordings that the gathering at the packed auditorium had especially come for. Each of the specially gifted talents attempted to reprise some of the iconic renderings in khayal, bhajan and Haveli Sangeet forms set to ragas, such as Charu keshi.

It seemed Pandit Ji was back in our midst. But wasn’t he? As his most expressively soulful and godly voice reverberated through the auditorium, not one, but everyone felt his warmth, genuine love and affection and a sense of celestial bliss touching them. 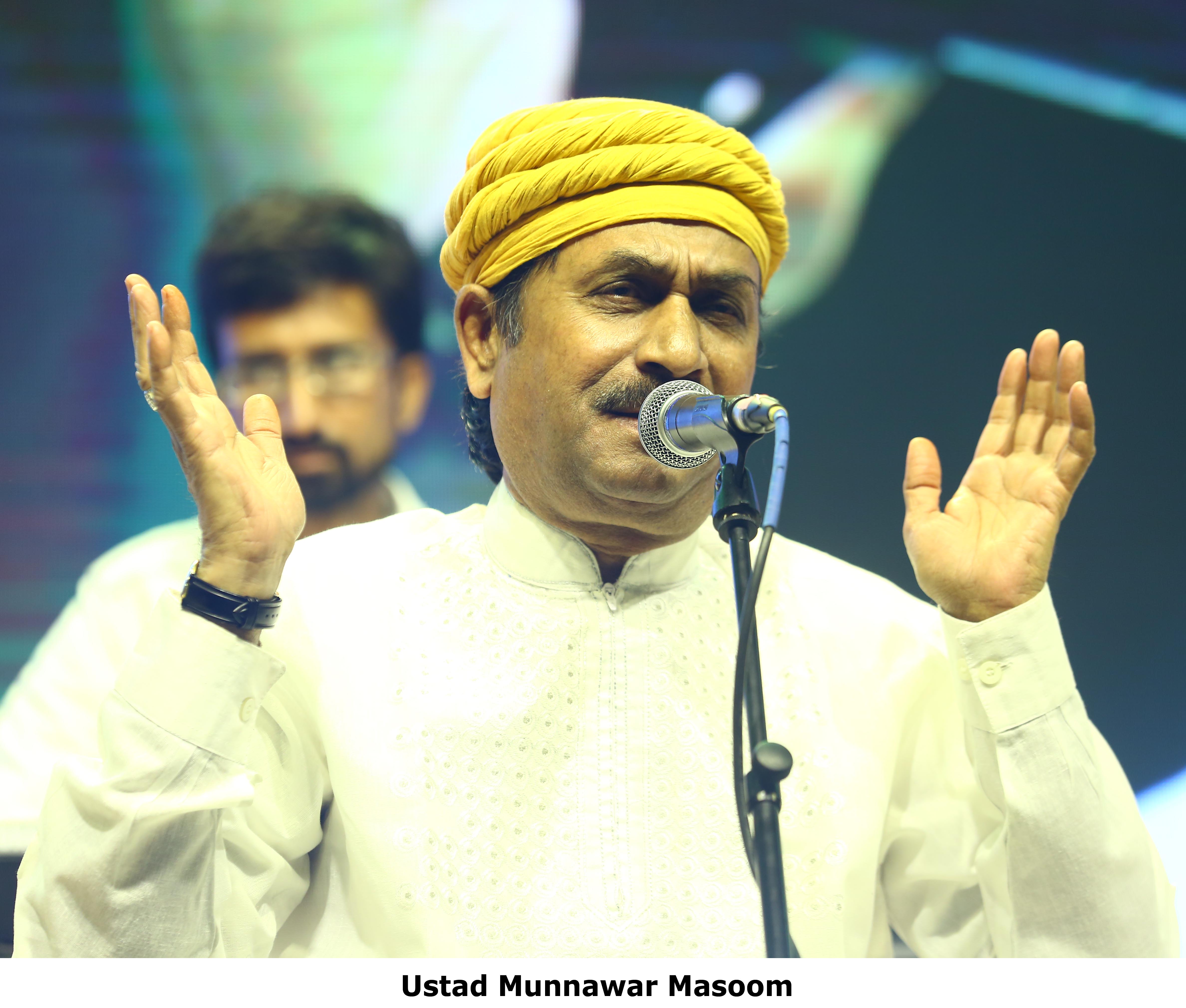 When Ms Durga Jasraj, Founder ArtAndArtistes, introduced the artists and delved deeper into the concept of reconstructing of the old videos all of which are golden pieces from the archives, people sitting fascinated and awestruck got ready to once again re-live Panditji’s divine voice that seemed to be touching their hearts all over again. Clearly, it was an enormously emotional and deeply moving experience for the audience, some of whom couldn’t control their tears rolling down their cheeks. “Of course, one undergoes sensing his presence, and thus, believes that such luminaries never leave us; they are always around, and will continue to guide us and act like our torchbearers and steer us through our journeys,” says his daughter Durga with an immense sense of pride.

The sublime voices of performers singing "Aaj toh ananda ... " In Raag Ahir Bhairav was so uplifting that the entire crowd got transported to another world as blowing of conch, tabla, sarangi blended in a union that looked like the only route to God. Pandit Uday Bhawalkar presented the dhrupad ang thar Bapuji had embraced.

It was evident that Panditji had touched the lives of all the performers in some way or the other, and so, they all wholeheartedly seemed to follow his instructions as one would shadow any of their guiding lights. And therefore, each performance of the evening gave the impression that it was their adorable ‘Guruji’ who stood behind them as a ray of beacon escorting and directing them. 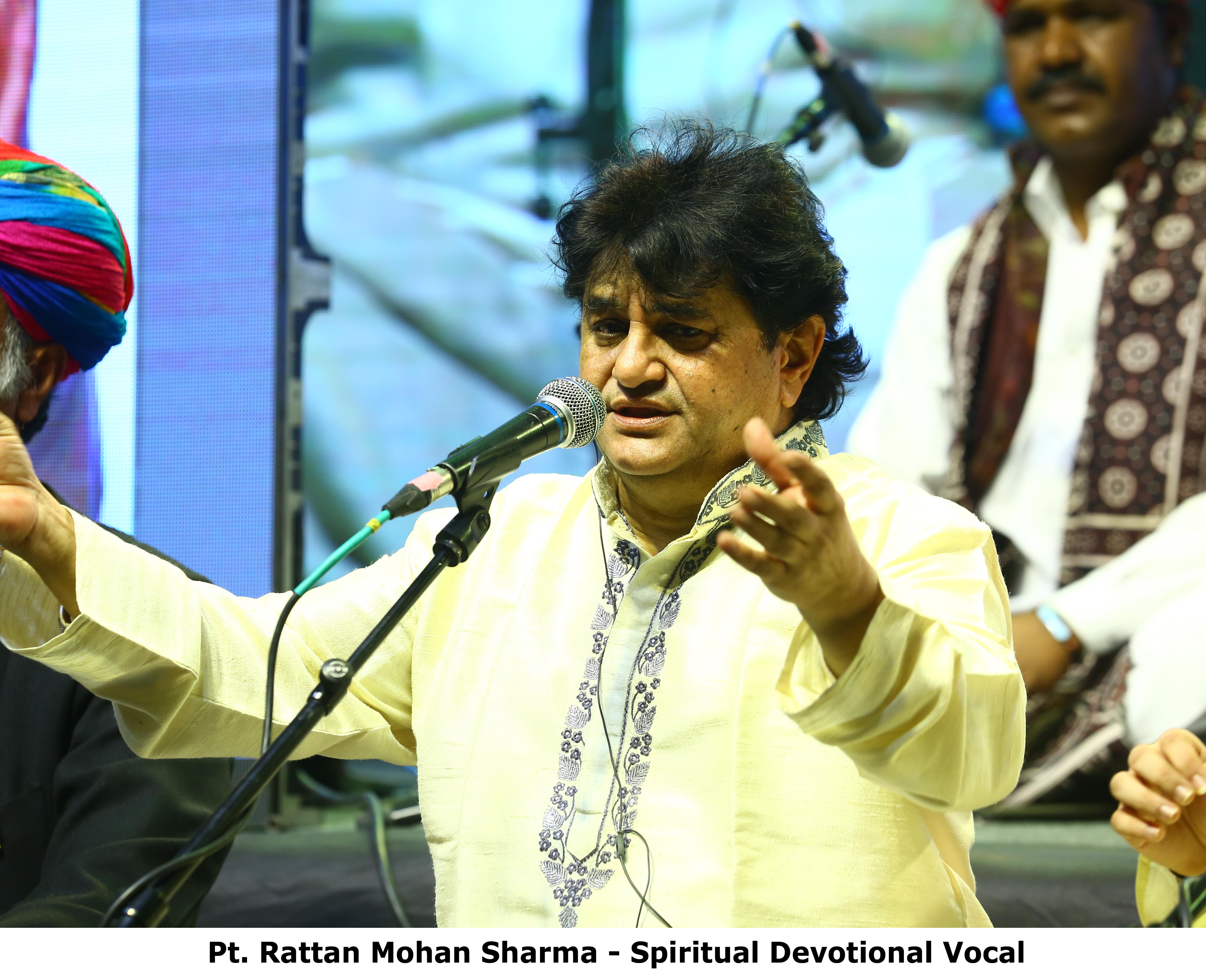 As the curtains came down on the grand event, murmurs about the festival being even grander next year were heard – both from the public and the magnanimous sponsors when the festival enters its Golden Jubilee year in 2022!