World-Renowned Jazz Guitarist PETER WHITE, in a career that spans nearly four decades, has maintained a reputation as one of the most versatile and inventive guitarists on the contemporary Jazz and Fusion landscape. Tickets for Peter White at Jimmy's Jazz & Blues Club on Saturday February 25 at 7 & 9:30 P.M., as well as the current list of 2023 shows, can be found on Ticketmaster.com and Jimmy's Online Event Calendar at: http://www.jimmysoncongress.com/events.

PORTSMOUTH, N.H., Jan. 11, 2023 /PRNewswire/ -- Jimmy's Jazz & Blues Club Features World-Renowned & Prolific Jazz Guitarist PETER WHITE on Saturday February 25 at 7 & 9:30 P.M. Peter White has 8 of his last 9 albums reaching the Top 5 on the Billboard Jazz Album Chart and he has eight #1 Hit Songs over the course of his career. Armed with an unparalleled combination of lyricism and energy, he combines elements of Jazz, Pop & Classical Guitar to create a sound that is singular and at the same time accessible to a broad audience.

"Peter White is a technically proficient guitarist who blends impeccable taste and admirable fluidity in his playing."
— ALL ABOUT JAZZ

After fifteen years as a backup musician and a session player, White launched his solo recording career with the 1990 release of Reveillez-Vous (French for "Wake up," a title chosen by White in honor of his French mother). The album became a favorite among contemporary jazz radio stations.

White followed with three records on the Sindrome label – Excusez-Moi (1991), Promenade (1993) and Reflections (1994) – before signing with Columbia for the 1996 release of the critically acclaimed Caravan of Dreams. He maintained an ambitious release schedule through the '90s and beyond, but also found time to appear on recordings by many of his friends, including Dave Koz, Rick Braun, Richard Elliot, Jeff Golub, Lee Ritenour, Kirk Whalum, Boney James and many others.

White released Here We Go in 2012 on Heads Up International, a division of Concord Music Group. The album hi #3 on the Billboard Jazz Album Chart. The 11-song set, featured several high-profile guest musicians, including saxophonists David Sanborn and Kirk Whalum, and pianist Philippe Saisse. White released Smile in 2014, the final album in White's trilogy of albums consisting entirely of his own material. The album reached #3 on the Billboard Jazz Album Chart.

In 2016, White released Groovin, his 15th album as a solo artist and his third album covering classics in his own inimitable style. The album reached #2 on the Billboard Jazz Album Chart. ALL ABOUT JAZZ gave it 4.5 out of 5 stars and stated, "Groove's style of "soul-jazz" compliments White's fondness for 60's and 70's rhythm and blues."

White insists that it's the faces in the crowd and the fans that keep the experience of playing his music fresh. "I'll play a live show, and someone will come to me afterward and say, 'Oh, I loved this CD,' or 'This song helped me through a bad time,'" he explains. "Or I get emails from people saying, 'Oh, I love the way you covered one of my favorite songs on your record back in 1994.' The idea that someone can write me an email and tell me about something I did on a record that was released fifteen years ago – you can't buy that. That's priceless. That's what keeps me going – the idea that people out there really care about what I do, the idea that I've made a difference for someone."

ABOUT JIMMY'S JAZZ & BLUES CLUB
The mission of Jimmy's Jazz & Blues Club is to provide guests a one-of-a-kind, world-class experience featuring serious jazz and blues music served with exceptional cuisine. Jimmy's Jazz & Blues Club features a spectacular and visually breathtaking environment engineered to deliver the highest quality acoustics while utilizing state-of-the-art production, sound and lighting technologies. Jimmy's Jazz & Blues Club is located within a beautifully restored 1905 building at 135 Congress Street in the heart of historic downtown Portsmouth, New Hampshire. For more information visit www.jimmysoncongress.com or follow us on Facebook at https://www.facebook.com/JimmysJazzBlues and on Instagram at https://www.instagram.com/jimmysjazzblues/.

PRIVATE EVENTS AT JIMMY'S
An architecturally breathtaking center of arts and culture in the heart of historic Portsmouth, New Hampshire, Jimmy's Jazz & Blues Club offers a rare and spectacular venue to host important corporate functions, weddings, intimate or large-scale social gatherings, private parties, and memorable celebrations. The team at Jimmy's Jazz & Blues Club put heart and soul into creating a stunning full-service event space with new state-of-the-art production, sound & lighting technologies delivered with outstanding next-level culinary experiences. Our high-touch approach with professional and experienced event staff ensures that everything is tailored to exceed your expectations. To start a conversation about hosting your event at Jimmy's Jazz and Blues Club, please call us at 888-603-5299, or fill out Jimmy's Private Event Request Form. 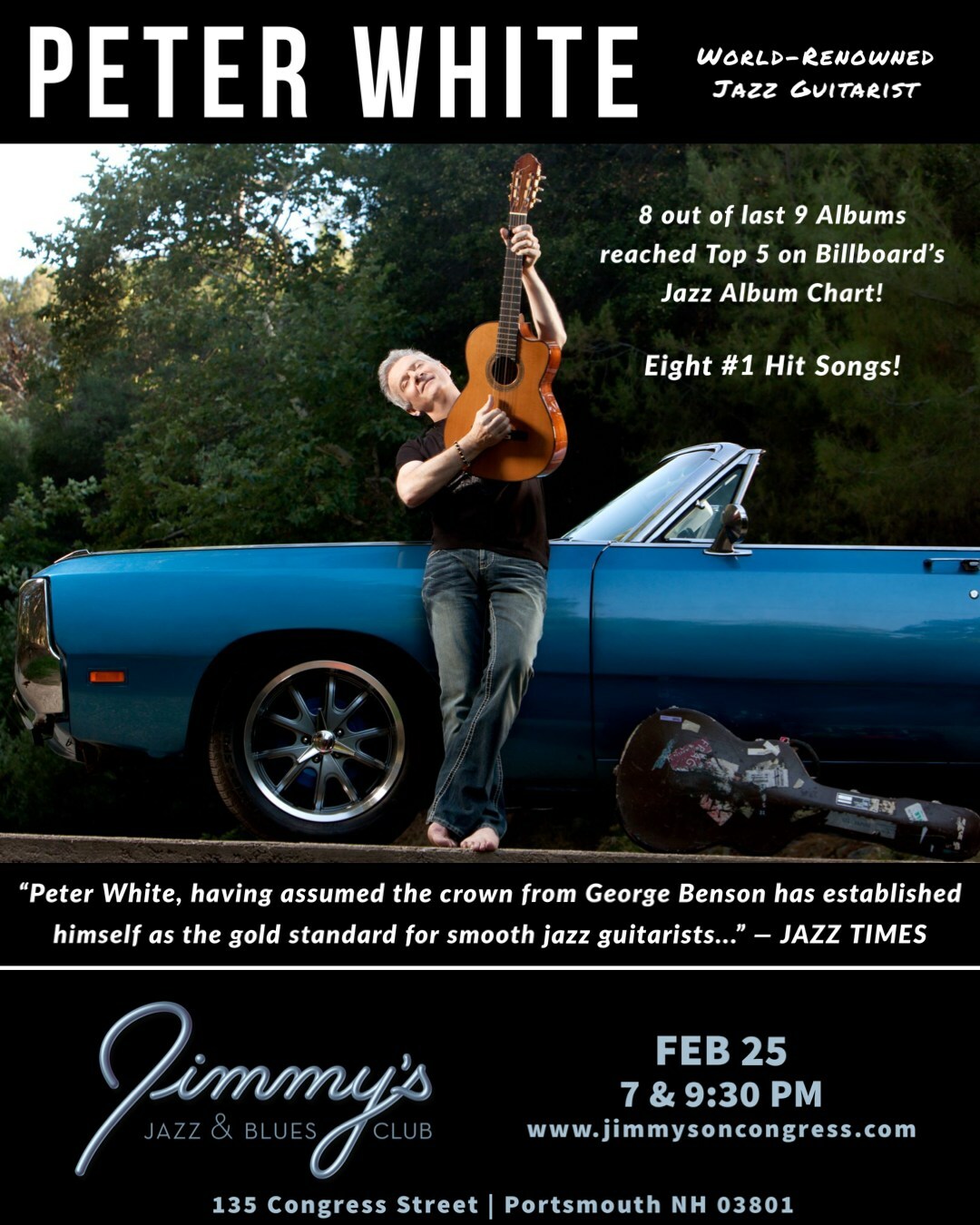